Grand Cayman, Cayman Islands, September 21, 2018. CCRIF SPC is pleased to announce its UWI-Scholarship and CCRIF Scholarship (extra-regional) winners for 2018. This year, CCRIF provided scholarships valued at US$129,000 to 14 Caribbean nationals. CCRIF provides scholarships and internships each year to Caribbean nationals as part of its Technical Assistance (TA) Programme. CCRIF which is akin to a not-for-profit organization, uses profits made to benefit its members through reductions in premium costs and by funding the Technical Assistance Programme. The resources made available for the TA Programme are derived from a portion of CCRIF’s earned investment income.

The CCRIF Technical Assistance Programme consists of three components – the scholarship, internship and professional development programme; regional knowledge building; and support to non-governmental and community-based organizations for local disaster risk reduction initiatives. It has been designed to provide an ongoing mechanism for grant support within the Caribbean region for capacity building initiatives and the development and implementation of projects which have a strong potential for improving the effectiveness of risk management. Since its launch in 2010, CCRIF has provided resources of over US$2.2 million to support this programme.

CCRIF provides scholarships through two programmes: the CCRIF-UWI Scholarship Programme, for postgraduate and undergraduate students who are pursuing study at The University of the West Indies in areas related to disaster management at any one of its three residential campuses and the CCRIF Scholarship Programme, for study in master’s programmes in areas related to disaster risk management at universities in the United States, United Kingdom and Canada as well as universities in Caribbean countries (other than UWI). Since the inception of this programme in 2010, CCRIF has awarded scholarships to 68 Caribbean nationals totalling approximately US$1 million.

Under its own scholarship programme, CCRIF awarded scholarships to: Trisha Miller from Grenada, to complete an MS in Applied Meteorology at Mississippi State University; Faustina Wiggins from Guyana, to pursue an MS in Environment & Development at the University of Reading; and Christal Benjamin from Trinidad and Tobago, to pursue an MA in Disasters Adaptation & Development at King’s College in London. 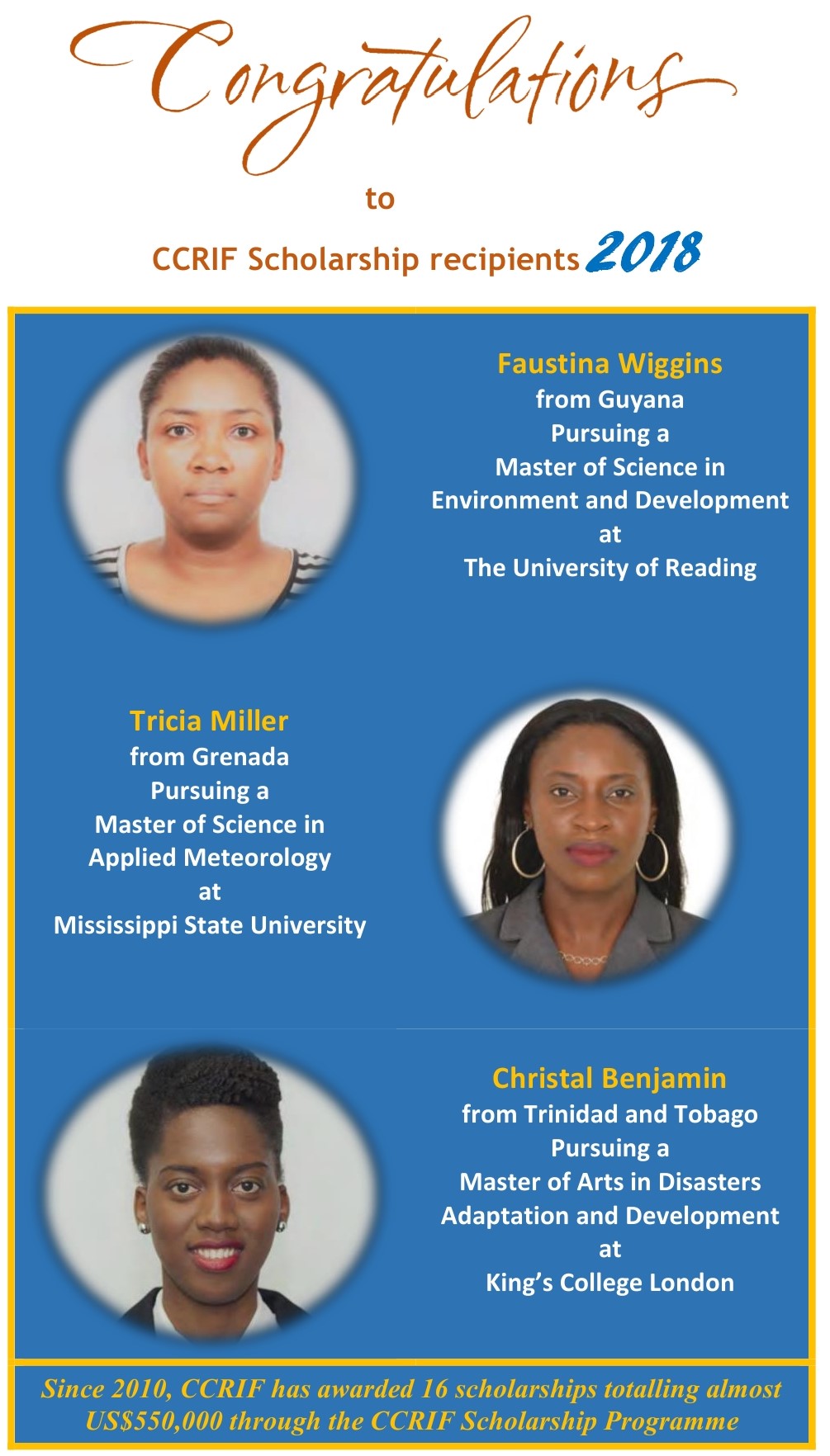 The CCRIF Board of Directors and Chief Executive Officer met with some of this year’s scholarship recipients when CCRIF held its quarterly board meeting in Kingston, Jamaica. On meeting the students, CCRIF Chairman Timothy Antoine remarked that “I too am a proud Pelican and I am delighted to meet with you today. You are the future of our region and I am pleased that CCRIF had the foresight to invest in you as we seek to advance solutions for the sustainability of our region”.

CCRIF encourages young people throughout the region to apply for these programmes in 2019. For information visit the CCRIF website: 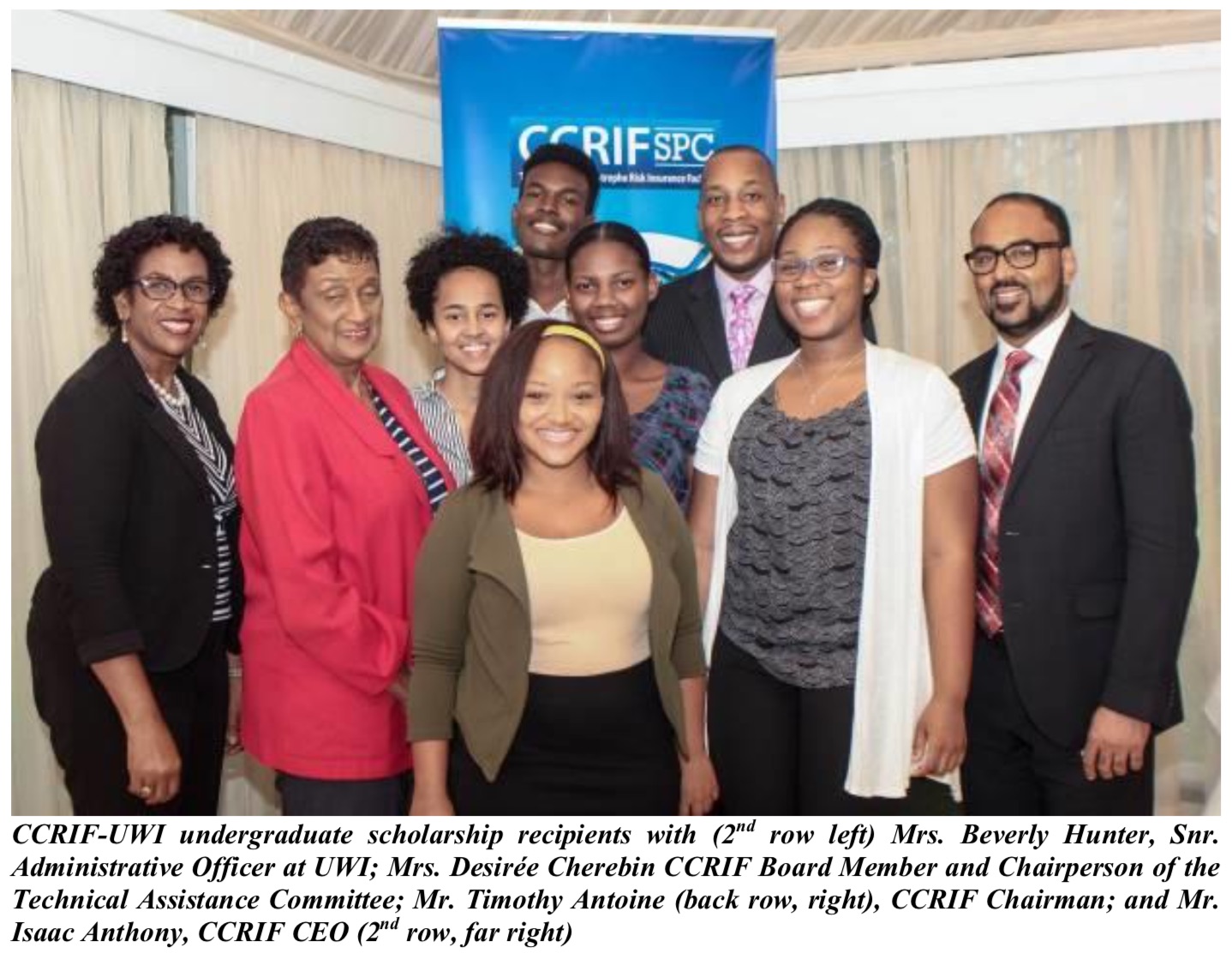 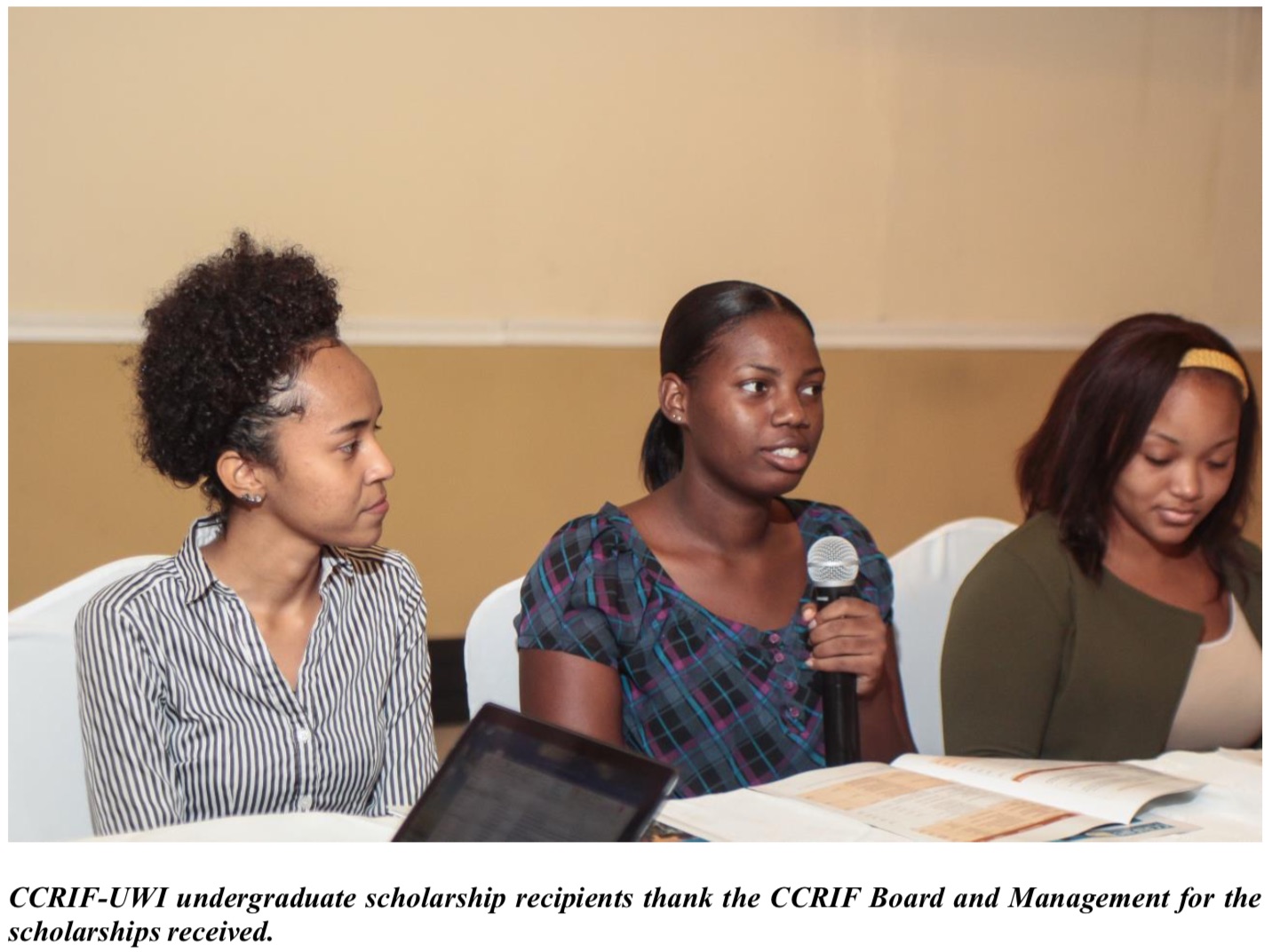