Grand Cayman, Cayman Islands, September 16, 2016 Through the CCRIF Regional Internship Programme, recent university graduates and young professionals throughout the Caribbean now have an opportunity to enhance their work experience in disaster risk management. Since the launch of the programme in 2015, CCRIF has placed 45 interns at 18 national and regional organizations, investing over US$140,000 so far in these young persons. These interns are citizens from 8 Caribbean countries.

As a not-for-profit company, CCRIF invests its profits back into the region to improve countries’ capabilities for disaster risk management and climate change adaptation. One way that CCRIF “gives back” is through its Technical Assistance (TA) programme which is designed to provide an ongoing mechanism for grant support for capacity building initiatives and the development and implementation of projects that improve the effectiveness of risk management in the Region.

This internship programme is part of the TA programme. It is designed to provide opportunities for students who have degrees in the areas of disaster risk management, environmental management, actuarial science, geography, climate studies and other similar areas to be assigned to national and regional organizations where their educational experience can be enhanced through practical work assignments.

Some of the work undertaken by interns has included documentation of valuable baseline country-specific climate data to assist the CDB’s analysis of countries’ climate change issues; assisting CDEMA in its response to storms Erika and Joaquin; development of flood forecasting models with CIMH, conducting research on geothermal systems in the Caribbean with the UWI Seismic Research Centre and assisting with Saint Lucia’s Five Year Multi-Sectoral Disaster Risk Reduction Work Programme for the National Emergency Management Organisation.

Another interesting example is the work undertaken by intern Mahendra Saywack at CCCCC to assist in preparing a readiness proposal for the Government of Guyana to access the Green Climate Fund. This proposal was approved for funding of US$300,000 and the Grant Agreement signed in December 2015 on the sidelines of COP 21 in Paris. Mr. Saywack also was a CCRIF scholarship recipient and completed an MSc in Climate Change and Development at the University of Sussex in the UK. The CCRIF Scholarship Programme is another component of the Technical Assistance Programme.
The application window for next year’s internships will open in early 2017.  For more details, visit the CCRIF website and Facebook page – and follow us on Twitter:
Website: www.ccrif.org | Email: pr@ccrif.org |  Follow @ccrif_pr | CCRIF SPC

Since the inception of CCRIF in 2007, the facility has made 15 payouts totalling approximately US$38.8 million to 10 member governments, with the most recent payout made in August 2016 to the Government of Belize for Hurricane Earl. All payouts were transferred to the respective governments within two weeks after each event.

Intern, Mr. Mahendra Saywack assisted the Caribbean Community Climate Change Centre (CCCCC) in preparing a readiness proposal for the Government of Guyana to access the Green Climate Fund. This was approved for funding of US$300,000 and the Grant Agreement was signed in December 2015 on the sidelines of COP 21 in Paris. H.E. Raphael Trotman, Minister of Governance of the Department of Natural Resources and Environment, signed on behalf of Guyana in the presence of H.E. Winston Jordan, the Guyanese Minister of Finance. Ousseynou Nakoulima, Director of Country Programming, signed on behalf of the Fund. 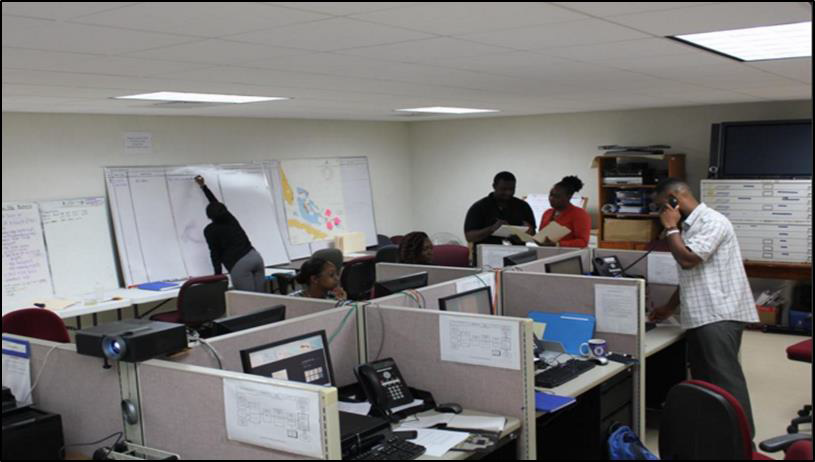 Intern, Mr. Ryan Proverbs served in the role of Assistant Operations Officer at the Regional Coordinating Centre of the Caribbean Disaster Emergency Management Agency (CDEMA) during Hurricane Joaquin. This included liaising with the National Disaster Management Offices of The Bahamas, Haiti and the Turks and Caicos Islands. 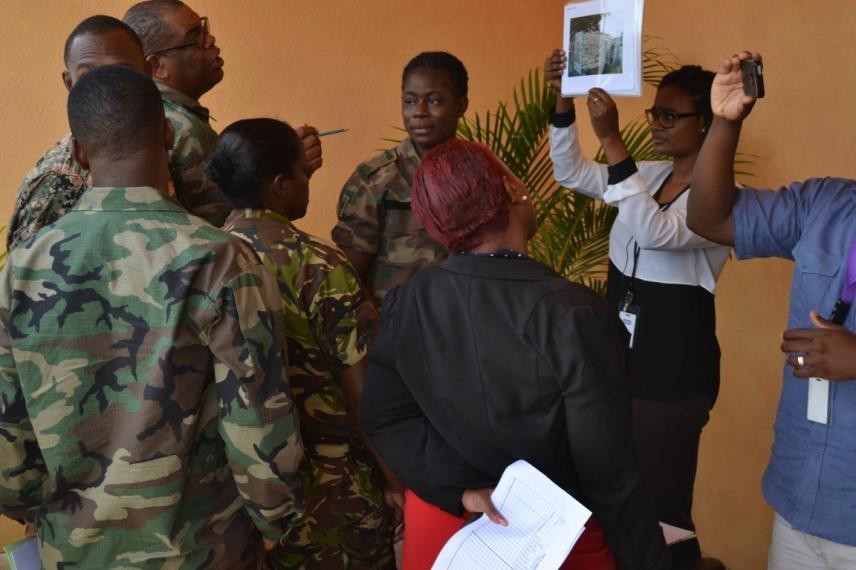