CCRIF’s Scholarship/Professional Development Programme helps to create a cadre of professionals who can play a key role in developing national and regional strategies that will lead to improved disaster risk management and increased climate change resilience.

This component includes the following:

Since the CCRIF scholarship programmes were launched in 2010, CCRIF has awarded 77 scholarships to Caribbean nationals totalling US$1.13 million to complete undergraduate or postgraduate programmes

Since the CCRIF internship programme was launched in 2015, CCRIF has awarded internships to 103 Caribbean nationals with an investment of US$320,000 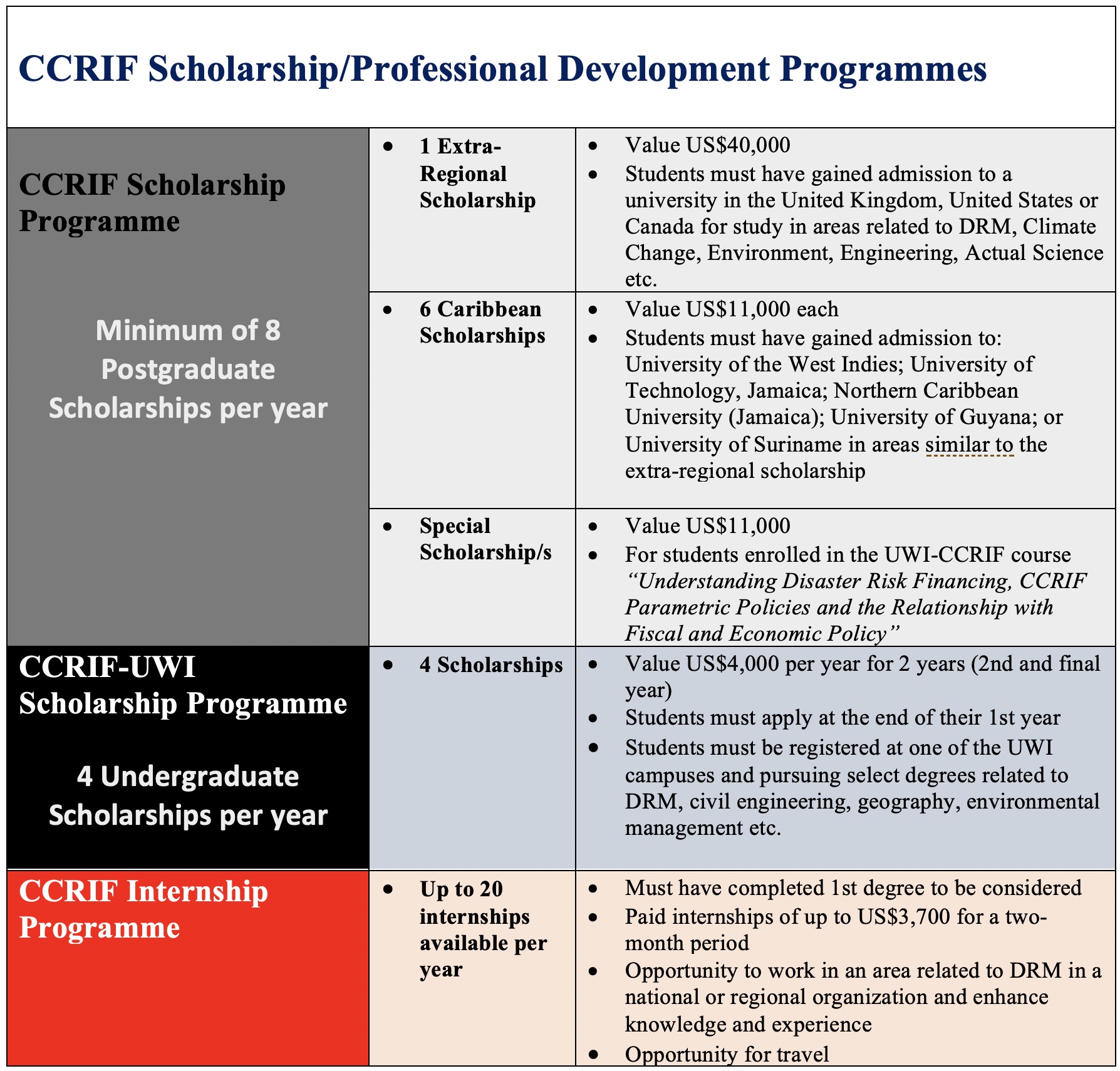 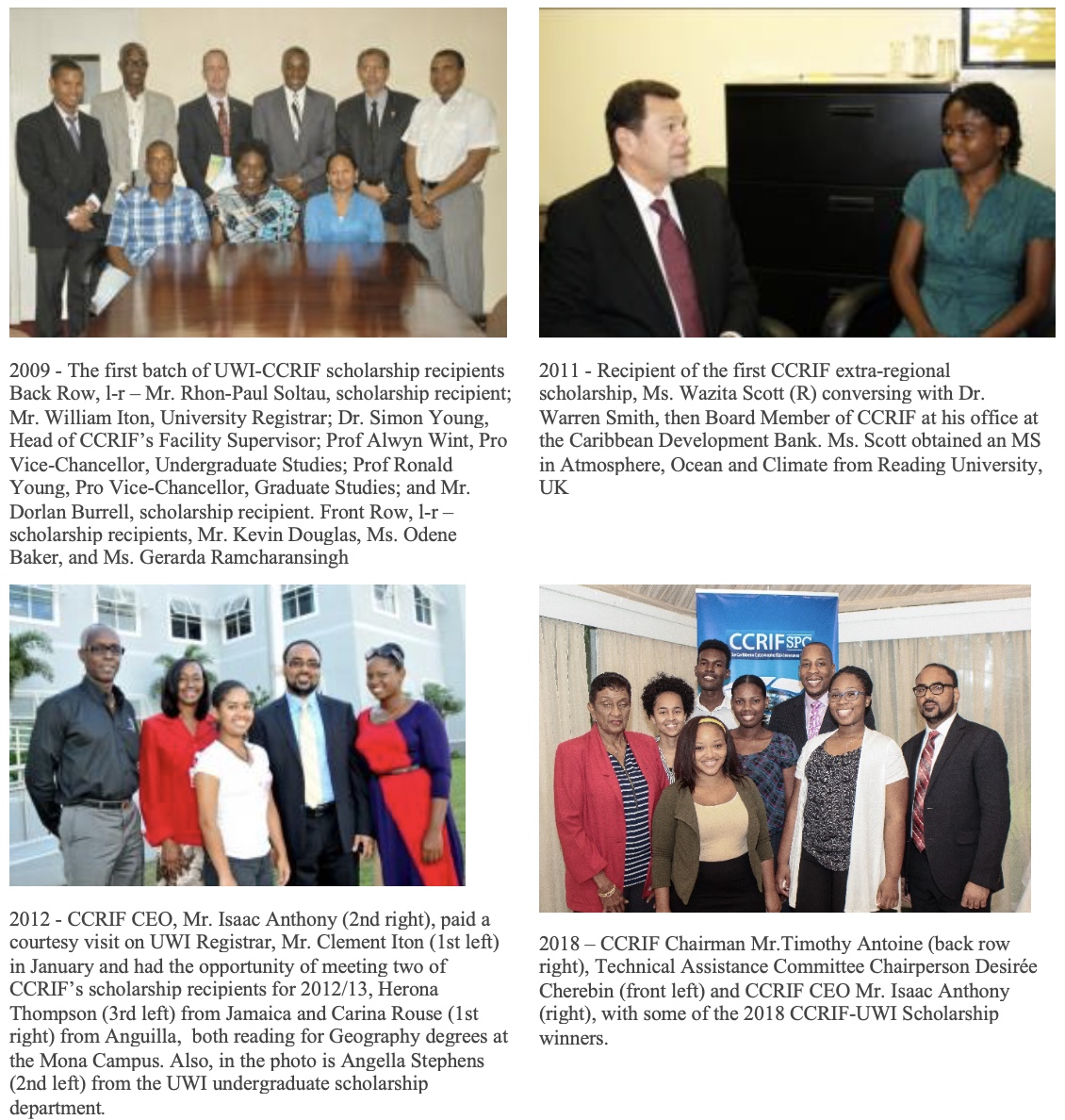 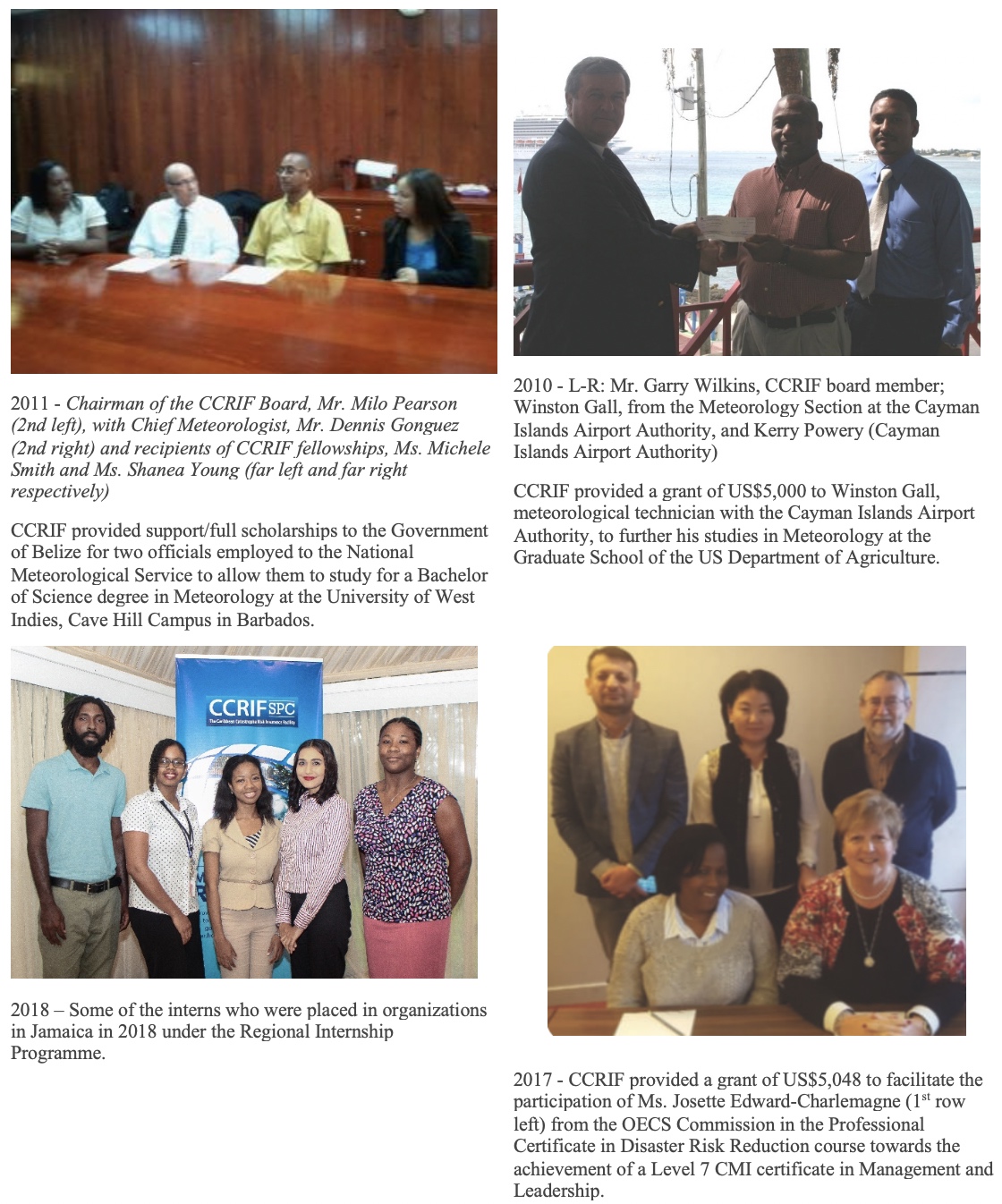 Beginning in 2014, CCRIF is providing a maximum of four scholarships annually for citizens of CARICOM member countries and/or CCRIF member countries who would like to pursue a Masters or an MBA programme in areas related to disaster risk management which is available at universities in the United Kingdom, United States or Canada or at eligible regional universities (other than the University of the West Indies - UWI).

Prior to the official launch of the extra-regional scholarship programme, CCRIF, in 2011, provided a grant to Wazita Scott, an employee of the Caribbean Institute for Meteorology and Hydrology (CIMH) to attend Reading University in the UK to pursue a Master of Science degree in Atmosphere, Ocean and Climate. The scholarship was provided as part of the terms of a Memorandum of Understanding between CIMH and CCRIF.