Grand Cayman, Cayman Islands, October 31, 2018. CCRIF SPC (formerly the Caribbean Catastrophe Risk Insurance Facility) announced today that for the second year in a row, Trinidad & Tobago received a payout on its Excess Rainfall policy following a period of heavy rainfall in October. The Government received a payout of US$2,534,550 (approximately TT$17 million) due to heavy rains between October 18 and 20 2018.

Trinidad & Tobago has been a member of CCRIF since 2007 and has purchased CCRIF policies for tropical cyclones and earthquakes every year since then. Starting in 2017, the Government began purchasing coverage for Excess Rainfall (XSR) and has two separate XSR policies in place – one for Trinidad and one for Tobago. Since purchasing its first excess rainfall policy in 2017, the Government has received two payouts totaling approximately US$9.5 million (TT$64 million) – one in October 2017 when the Government received a payout of US$7,007,886 following an excess rainfall event and this current payout.

CCRIF is able to make rapid payouts because its insurance products are parametric. This means that payments are made based on the intensity of an event (in this case the volume and distribution of rainfall) and the amount of loss caused by the event calculated in a pre-agreed model. The hazard levels are applied to pre-defined government exposure to produce a loss estimate. The modelled loss estimate is then compared to three key elements - attachment point, exhaustion point, and ceding percentage - in the country’s policy to determine if the policy is triggered and if so, the value of the payout. These three elements are selected by the government for each policy (earthquake, tropical cyclone and/or excess rainfall) purchased based on the country’s risk profile and the amount of premium the government pays.

Each year, prior to the start of a new policy year in June, CCRIF meets with its member governments to discuss details of the CCRIF coverage they wish to purchase for the upcoming year and present updates and information related to model changes and enhancement, the full range of CCRIF’s products and services as well as new products being developed while at the same time seeking to enhance members’ understanding of the importance of risk transfer and its relationship with financial protection and sustainability. CCRIF met with the Government of Trinidad and Tobago in May of this year. 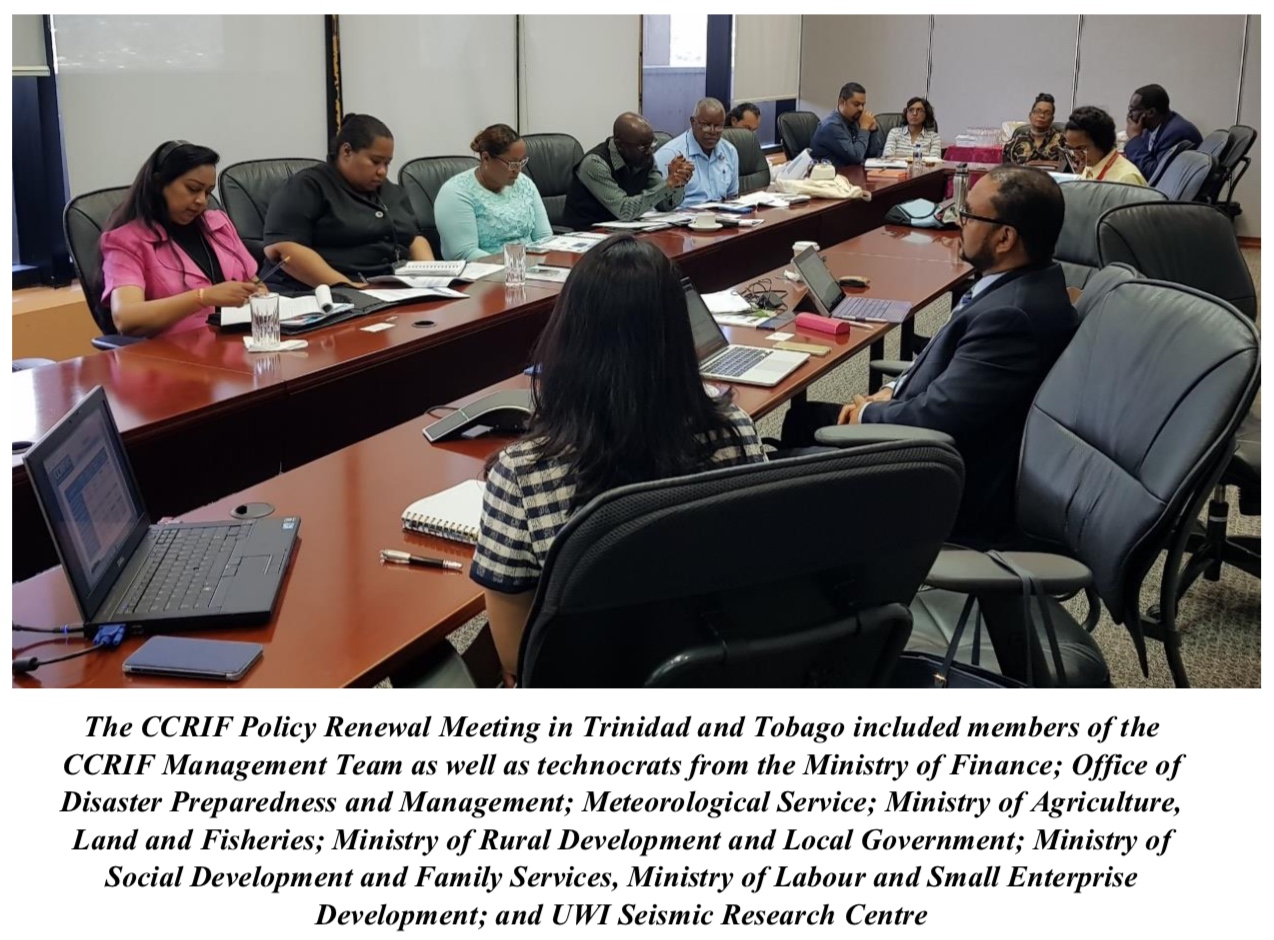 This payout to the Government of Trinidad & Tobago brings the total CCRIF payouts to date to almost US$139 million to 13 member governments – all made within 14 days of the event.