Government of Anguilla Receives US$493,465 on Excess Rainfall Policy after Hurricane Gonzalo 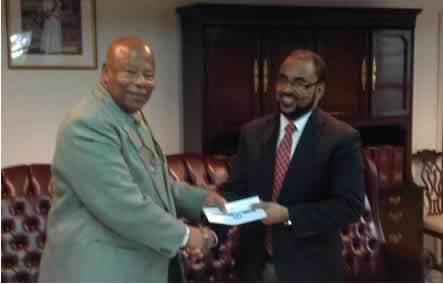 About CCRIF SPC: CCRIF SPC is a segregated portfolio company, owned, operated and registered in the Caribbean. It limits the financial impact of catastrophic hurricanes, earthquakes and excess rainfall events to Caribbean governments by quickly providing short-term liquidity when a parametric insurance policy is triggered. It is the world’s first regional fund utilising parametric insurance, giving Caribbean governments the unique opportunity to purchase earthquake, hurricane and excess rainfall catastrophe coverage with lowest-possible pricing. CCRIF was developed under the technical leadership of the World Bank and with a grant from the Government of Japan. It was capitalised through contributions to a multi-donor Trust Fund by the Government of Canada, the European Union, the World Bank, the governments of the UK and France, the Caribbean Development Bank and the governments of Ireland and Bermuda, as well as through membership fees paid by participating governments. Since the inception of CCRIF in 2007, the facility has made nine payouts totalling US$32,672,935 to seven member governments. All payouts were transferred to the respective governments within two weeks after each event.