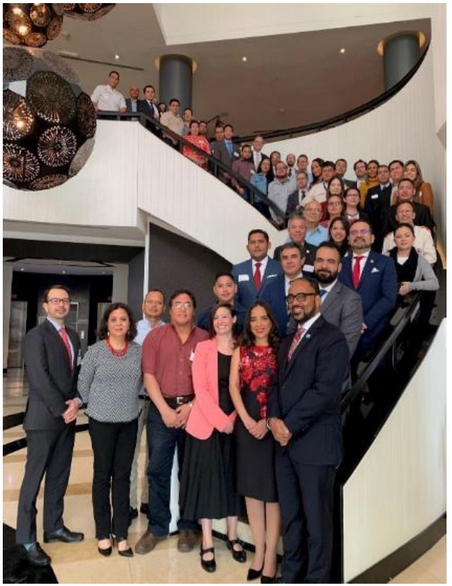 Grand Cayman, Cayman Islands, December 5 2019. CCRIF SPC delivered its three-day training programme, “Understanding Disaster Risk Financing, CCRIF Parametric Policies and the Relationship with Fiscal and Economic Policy” to Central American countries on November 20-22, 2019 in Mexico City. The workshop was hosted in collaboration with the Executive Secretariats of the Council of Ministers of Finance of Central America, Panama and the Dominican Republic (SE-COSEFIN); the Coordination Center for the Prevention of Disasters in Central America (SE-CEPREDENAC) and the Regional Committee on Hydraulic Resources (SE-CRRH); and the World Bank.

This was CCRIF’s first regional workshop for COSEFIN member countries and welcomed almost 40 representatives with expertise in areas such as finance, economic and development planning, disaster risk management, meteorology, and seismology from the three CCRIF members – Nicaragua, Panama and Guatemala – as well as El Salvador, Costa Rica, Honduras and the Dominican Republic. The workshop was funded by the World Bank through the Central America and Caribbean Catastrophe Risk Insurance Project.

The meeting provided a forum for participants to share information and experiences and to delve deeper into the relationships between disaster risk management and financing and the role of insurance. CCRIF is increasingly being regarded as a key and strategic partner in the region in addressing natural hazard risks. As CCRIF CEO Isaac Anthony said in his Opening Remarks, “the truth is, what we do at CCRIF is really about supporting governments to help their populations following a natural disaster – communities, businesses and key sectors such as education, agriculture etc. A rough assessment of the beneficiaries of CCRIF’s payouts show that over 2.5 million persons in the Caribbean and Central America have benefitted directly or indirectly from these funds after a hazard event.”

The workshop included a discussion on disaster risk financing and focussed on building capacity around CCRIF SPC and its parametric insurance products and the models and country risk profiles that underpin these policies. CCRIF launched its training programme in 2016 and has delivered it to 11 of its member countries. In the coming year, CCRIF will continue to provide this programme to governments in both the Caribbean and Central America as it seeks to increase in-depth understanding of CCRIF SPC’s products and services within the context of disaster risk financing.

While CCRIF was originally established in 2007 for Caribbean governments, the Facility signed a Memorandum of Understanding in 2015 with COSEFIN to enable Central American countries to join the Facility. CCRIF’s expansion into Central America represents an excellent example of south-south cooperation - with the potential to expand further afield, all in the interest of helping to address the disaster risk financing needs of governments in both regions.

Today, CCRIF provides parametric insurance coverage for tropical cyclones, earthquakes and excess rainfall to 19 Caribbean and 3 Central American governments to limit the financial impact of these catastrophes by quickly providing financial liquidity when a policy is triggered. CCRIF’s
parametric insurance policies are insurance contracts that make payments based on the intensity of an event (for example, hurricane wind speed, earthquake intensity, volume of rainfall) and the amount of loss calculated in a pre-agreed model caused by these events. Therefore, payouts can be made very quickly. 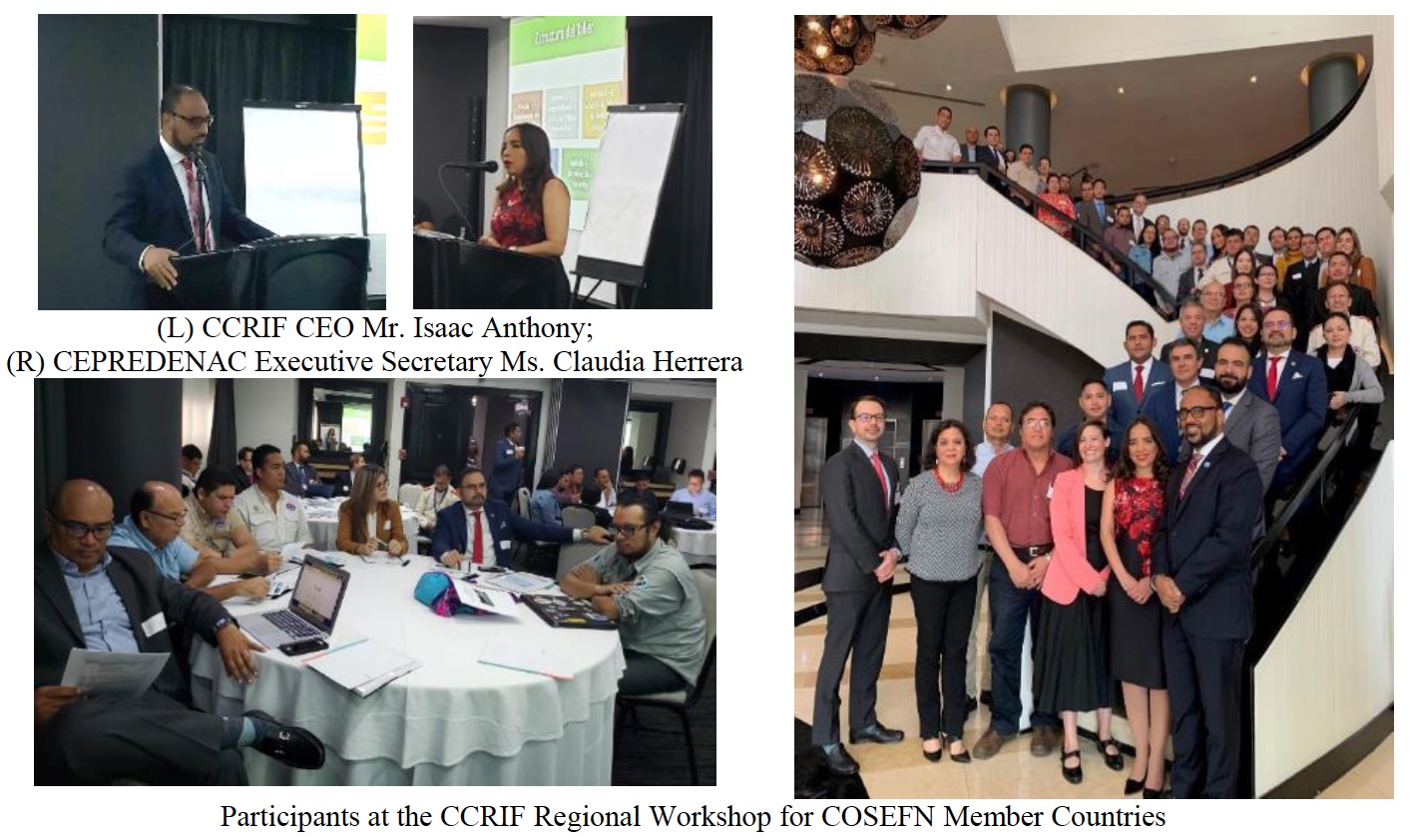 About CCRIF SPC: CCRIF SPC is a segregated portfolio company, owned, operated and registered in the Caribbean. It limits the financial impact of catastrophic hurricanes, earthquakes and excess rainfall events to Caribbean and Central American governments by quickly providing short-term liquidity when a parametric insurance policy is triggered. It is the world’s first regional fund utilising parametric insurance, giving member governments the unique opportunity to purchase earthquake, hurricane and excess rainfall catastrophe coverage with lowest-possible pricing. CCRIF was developed under the technical leadership of the World Bank and with a grant from the Government of Japan. It was capitalized through contributions to a Multi-Donor Trust Fund (MDTF) by the Government of Canada, the European Union, the World Bank, the governments of the UK and France, the Caribbean Development Bank and the governments of Ireland and Bermuda, as well as through membership fees paid by participating governments. In 2014, an MDTF was established by the World Bank to support the development of CCRIF SPC’s new products for current and potential members, and facilitate the entry for Central American countries and additional Caribbean countries. The MDTF currently channels funds from various
donors, including: Canada, through Global Affairs Canada; the United States, through the Department of the Treasury; the European Union, through the European Commission, and Germany, through the Federal Ministry for Economic Cooperation and Development and KfW. In 2017, the Caribbean Development Bank, with resources provided by Mexico, approved a grant to CCRIF SPC to provide enhanced insurance coverage to the Bank’s Borrowing Member Countries and in 2018, the Government of Ireland also provided support to CCRIF.