The LPP was developed under the Climate Risk Adaptation and Insurance in the Caribbean (CRAIC) Project, which has been promoting microinsurance for climate risk in the Caribbean since 2011. CRAIC is implemented by the Munich Climate Insurance Initiative (MCII), CCRIF SPC, and ILO Impact Insurance, with support from the International Climate Initiative of the German Federal Ministry for the Environment, Nature Conservation, and Nuclear Safety. It is being implemented in 5 pilot countries - Belize, Grenada, Jamaica, Saint Lucia and Trinidad and Tobago.

By aligning microinsurance to its overall business strategy, Guardian General has signalled its intent to invest time and resources in regulatory approvals and product roll-out, and ultimately to have a major stake in the success of the Transition Phase of the CRAIC.

Guardian General’s President, Dean Romany, stated, “Parametric products can be instrumental in alleviating the immediate negative financial impact on an underserved portion of our population, such as SME owners or self-employed individuals in the aquaculture, agribusiness, food & beverage, construction, hospitality, and transportation sectors.”

CRAIC is the first project of its kind in the Caribbean region and was designed as a learning project, allowing the project consortium to capture lessons learned during the first two implementation phases. From the early days of implementation, the project has demonstrated value to its policyholders. For example, in 2013, following the introduction of the LPP in Saint Lucia, policyholders – mainly small farmers – received the first payouts on their policies after the “December rains” that affected the island. As with CCRIF’s sovereign parametric policies, payouts were made within 14 days. In the years since, policyholders have received payouts after a number of events such as Hurricane Matthew, when 31 fishers and farmers in Saint Lucia received US$102,000 for that event.

The MOU signing today took place at the launch of the Transition Phase of the project, which was attended by over 50 persons. The Transition Phase, to be led by CCRIF, will use the lessons learned from the first 10 years of the project to promote wider access to the LPP within the 5 pilot countries. The intent is to fully roll out the LPP in all CCRIF member countries following the Transition Phase. Soenke Kreft, Executive Director of MCII was enthusiastic about the next phase: “This moment represents a new era in the relationship between the Munich Climate Insurance Initiative and CCRIF SPC. We at MCII are thrilled that CCRIF SPC is stepping into this new role, scaling up access to microinsurance products through leadership and partnerships with Caribbean insurers, governments and stakeholders.” 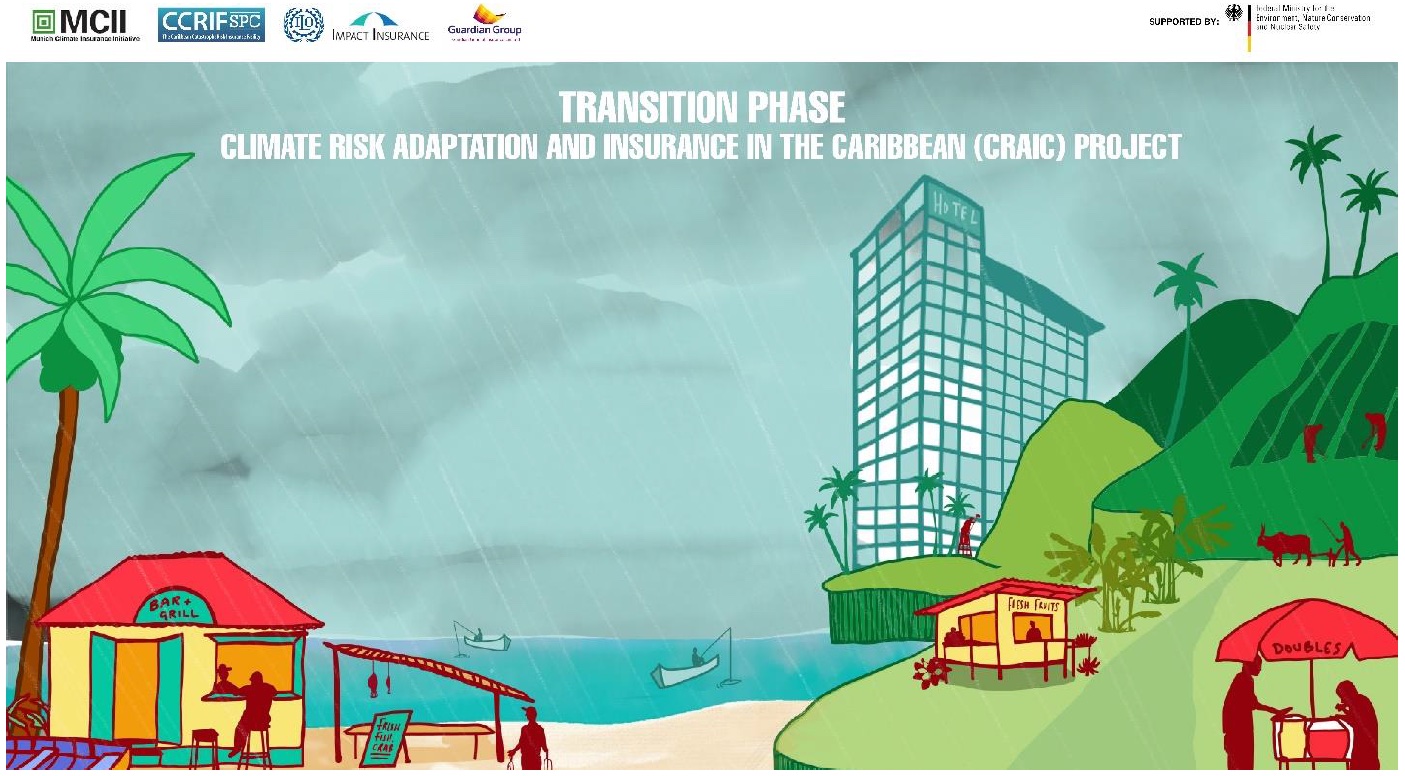 During the Transition Phase, all partners also will work with policymakers, regulators, and relevant ministries and agencies of government to create an enabling environment for the growth of climate risk insurance and to embed it within social protection and national disaster risk reduction strategies. These activities are intended to further build social and economic resilience of vulnerable populations, and increase national adaptive capacity towards eliminating poverty in keeping with the thrust of ‘leaving no one behind’ and advancing the achievement of the Sustainable Development Goals.

For more information visit the Guardian website at: myguardiangroup.com